It was a stabbing pain to the left side of my forehead, my temple throbbed, as I opened my eyes and blinked and tried to focus on my husband, who was standing at the side of our bed with a tray in his hand.

“Wake up…It’s your birthday breakfast, Sweetie.” He said as he smiled and handed me the tray with the plate of bacon and eggs. “It’s your favorite.”

I couldn’t figure out why today of all days, on my birthday, I woke up with a headache. I was not amused as I looked up at the ceiling and issued a warning to the imaginary Gods of the Universe. “Today is my day and you’re not going to screw with it. I will enjoy MY day!”

My husband suggested that it might be the “wine from last night” that was causing my headache. My thoughts went back to the night before; we certainly started the birthday celebrations off with a bang. Greg, my husband, took me to see the Donna Summer Musical on Broadway, which was excellent. I was singing and dancing with the rest of the audience, especially with the gay couple who sat directly in front of us and who were having the time of their lives. By the end of the night, one half of the gay couple and I found ourselves in the aisle of the Lunt-Fontanne Theater dancing up a storm to Hot Stuff and Last Dance. Oh, what a fun time it was!

After we left the show we walked the 6 blocks to Gallagher’s Steakhouse, me in my high heels strutting my stuff pretending not to feel the start of the inevitable high heel ache that comes on after a few hours of wearing stilettos. Oh, how I miss my youth! I used to be able to rock those babies all night long; but not anymore. I made a mental note to slip into my sandals as soon as we sat down in the restaurant, but for now, the birthday girl in her birthday outfit needed to keep moving along gracefully in those 5-inch heels. Yes, people, I walked 6 NYC blocks in 5-inch heels! My Mom always said, “Beauty feels no pain.” Someone should have added to that saying “until the next day.”

The high heel wearing ache was nothing compared to the migraine that was trying to force me to spend my birthday in bed. I wasn’t having it though, I swallowed some Motrin and hopped out of bed and started getting ready for the gym. Greg thought I was crazy. I tried explaining that for the past decade I have been going to the gym on my birthday every year and I wasn’t about to break the tradition. Besides, my gym gave away a free protein shake to everyone on their birthday. I had waited 365 days for my free shake and I was going to get it.

“It’s my birthday, Babe. I have to go to the gym. How else am I gonna see my gym buddies so I can get my well-wishes and birthday hugs? Greg just stared at me in disbelief and walked out of the room. He was clearly fighting a losing battle trying to convince me to stay in bed until the headache subsided.

So I donned my birthday button and left for the gym. 😃 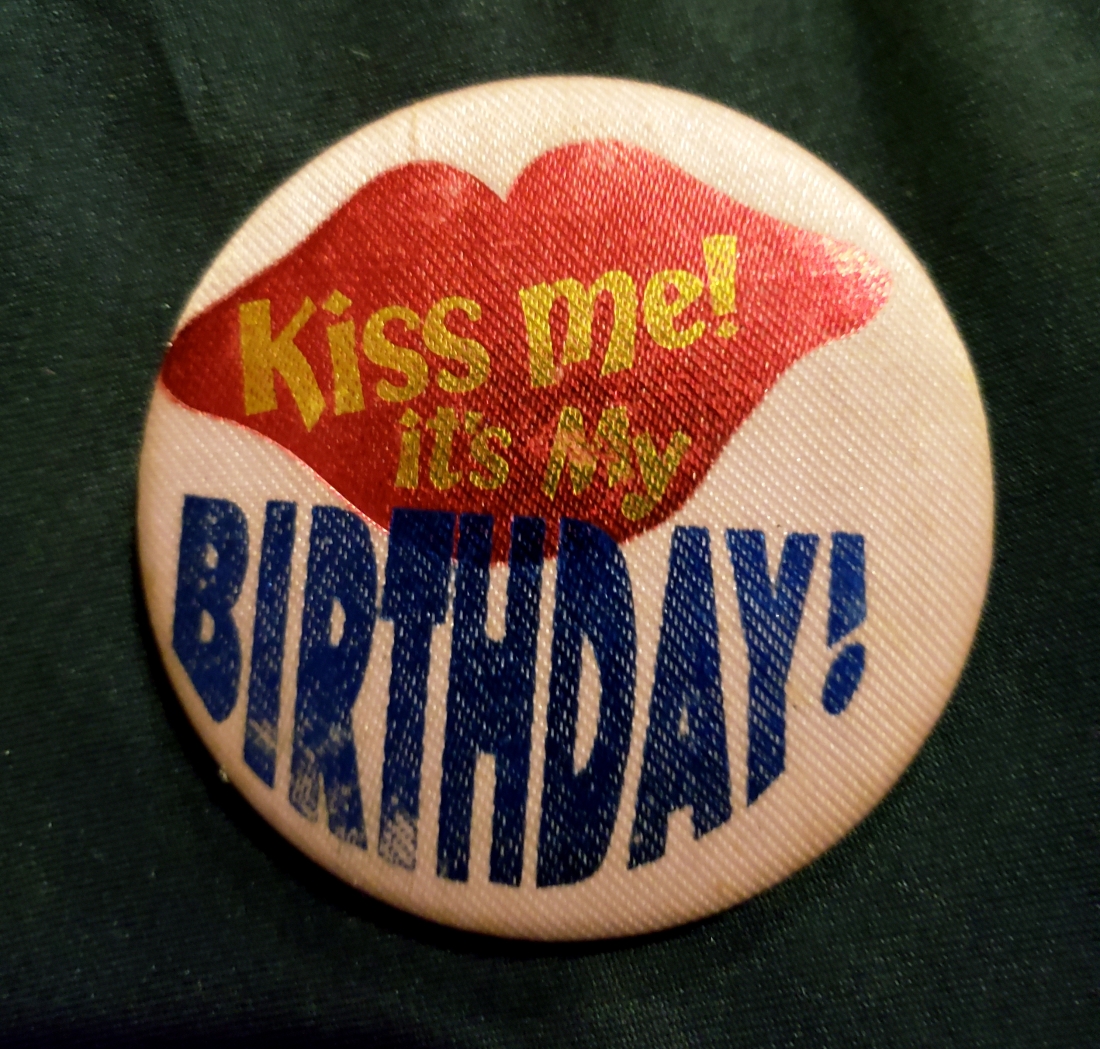 I have been wearing my button every year for longer than I can remember. It’s so much easier than telling everyone I run into that “today is my birthday.”

By the time I arrived at the gym, the Motrin was taking effect and I was feeling good.

At the start of the Aerobics Step class, the instructor had the class sing “Happy Birthday” to me. I loooooved it!!! It was a scene right out of grade school, the only thing missing were the cupcakes. I couldn’t be happier. The day was headed in the right direction.

As I walked out of the gym sipping on my free protein shake I noticed the morning clouds had cleared, the sky was a gorgeous blue and the temperature was a lovely 75 degrees. Afternoon showers had been predicted but the Universe knew it was my birthday and gave me the best day weather-wise.

Greg and I had planned lunch and the movies – since going to the movies is one of my favorite pastimes, what better way to spend the afternoon. (Check out my blog piece on the movies here Let’s Go to the Movies!)

As we sat having lunch at the restaurant across the street from the Cinema, I felt the migraine coming back. Truth be told I felt the headache trying to make a comeback while I was getting ready to go out to lunch, but I refused to stay indoors, I refused to take more painkillers and go back to bed. I was fighting the good fight, I wanted to be out and about on my birthday. I tried helplessly to ignore the throbbing pain on the left side of my temple. Then it happened – A cough followed by a sneeze and that’s when I knew I had no more fight left in me.

“Take me home,” I whispered to my husband.

The poor man look worried. He could not believe his ears. No, I did not want to go to the movies anymore. No, I did not want the “birthday” chocolate mousse dessert I was offered by our nice waitress. Yes, I was sure I wanted to go home. Then I sneezed again and I almost cried. I was getting sick…On my goddamn birthday!!!! What kind of cruel joke was this?

I had dinner plans that night with my best friends, another birthday tradition. I couldn’t afford to be sick. When I arrived home I got under the covers swallowed some flu medication and dozed off to Kavanaugh’s voice vehemently denying the allegations levied against him. Yes, my birthday was the most historical day of the Senate Judiciary Hearings.

Never underestimate the power of a nap! I woke up a whole new woman, got dressed and headed out to meet my girls for my birthday dinner. It was a fun evening of great conversation and loads of laugh but I dare not touch a drop of alcohol because I could feel the migraine waiting in the wings to make a nasty comeback.

I am sure it doesn’t come as a surprise that I have a birthday party every year. This year the party was planned for the Saturday night, 2 days after my birthday.

The day after my birthday, that is the eve of my birthday party, I spent most of the day in bed. I was miserable. The day should have been spent delightfully running around doing last minute prepping for my party, which thankfully was a small party, a very intimate affair, this year; but instead, the flu-like symptoms came on full force and I spent the day in bed cursing at the untimely onset of my illness and trying to decide whether or not I should cancel my party.

I was sneezing and coughing and headachy for most of Friday but woke up on Saturday morning, the day of the party, feeling like I could conquer the World (thank you God for Tylenol Flu and Cold tablets). The party was on, and when Greg came home with my birthday cake the party vibe hit me even more.

I spent the better part of Saturday busying myself with party preparations, I thoroughly enjoy doing stuff like that, and was content with hanging balloons and strategically moving around stuff in my house to facilitate my guests until the endless coughing and sneezing came back just 4 hours before my party was supposed to begin. I was livid! What made it worse was every time I coughed or sneezed, the cough or sneeze triggered a ruthless headache that lasted at least 10 minutes.

I even tried to bargain with God, I promised him that if he would keep me in good spirits for the rest of the evening he could make me bed-ridden all of next week. God wasn’t having it though and at 3:30 I had to crawl back into bed even though the party was scheduled to start at 7 pm.

Again, never underestimate the power of a nap. I still wasn’t a hundred percent when I woke up but I took a look at my cake and my dress (one must draw inspiration from wherever one can😉), turned on some Donna Summer music while I was getting ready and willed myself to feel better; and oh yeah took some more of that magical Tylenol Cold and Flu tablets. 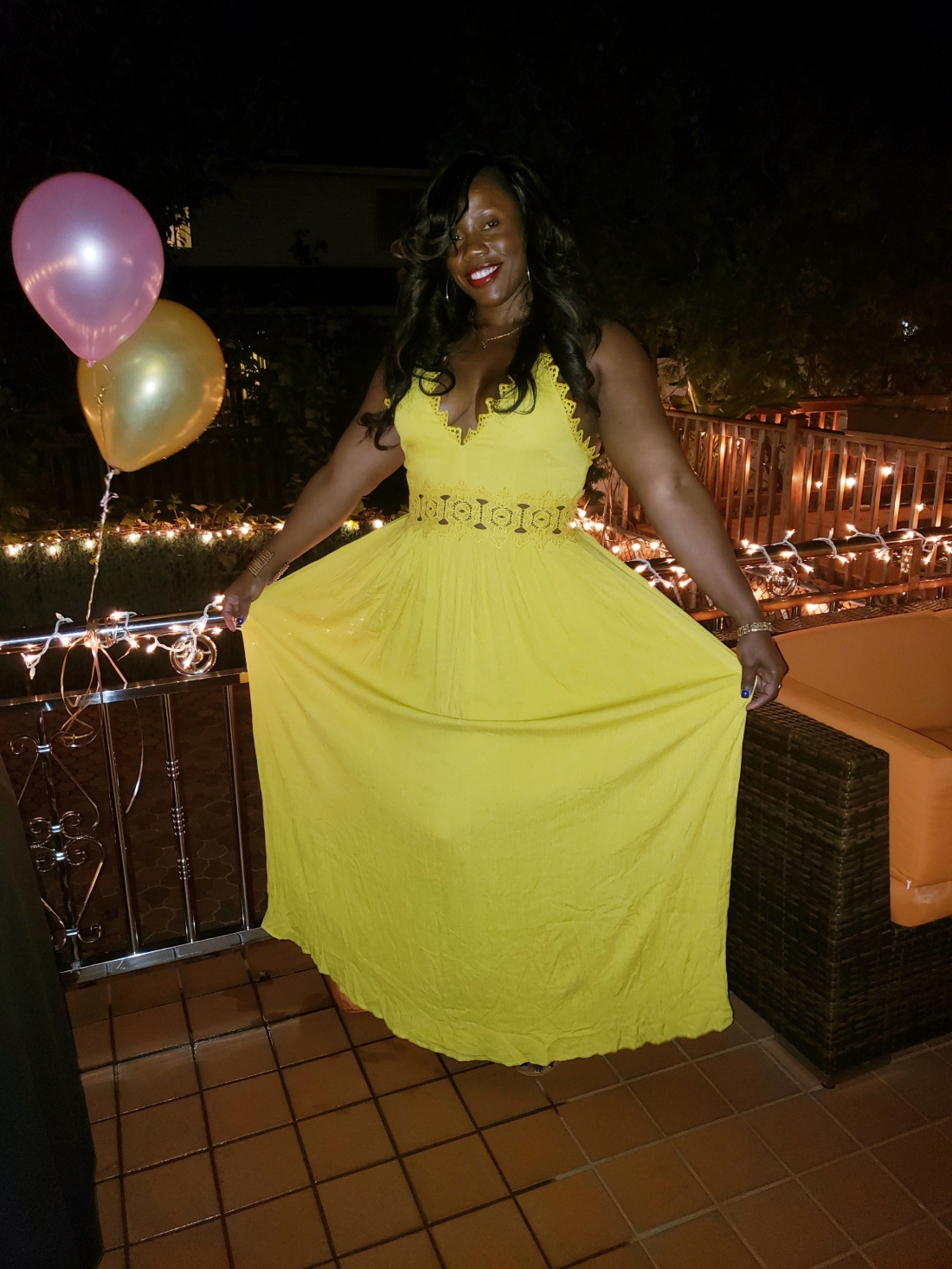 In the end, the party turned out to be a success, I remained “fierce and fabulous” in true Racquel form for the entire night. However, this birthday taught me that I can’t do it like I used to, now I need to take naps in between in order to keep going. 😃 After all, I am a year older; but I won’t give up though, I will never settle into being old, I will never readily concede. I am never ever going down without a fight. 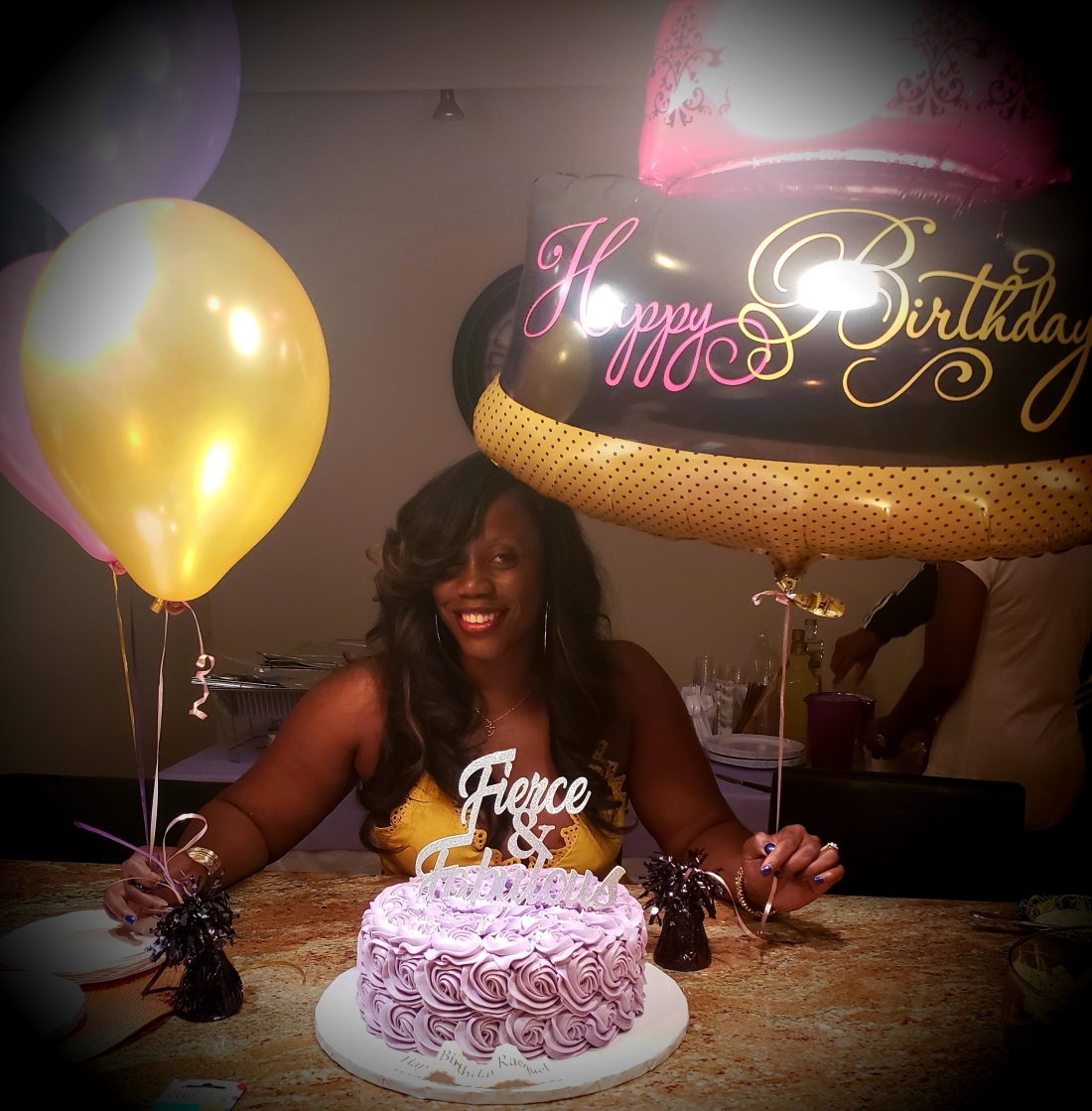 See my "About me" page. View all posts by Rakkelle